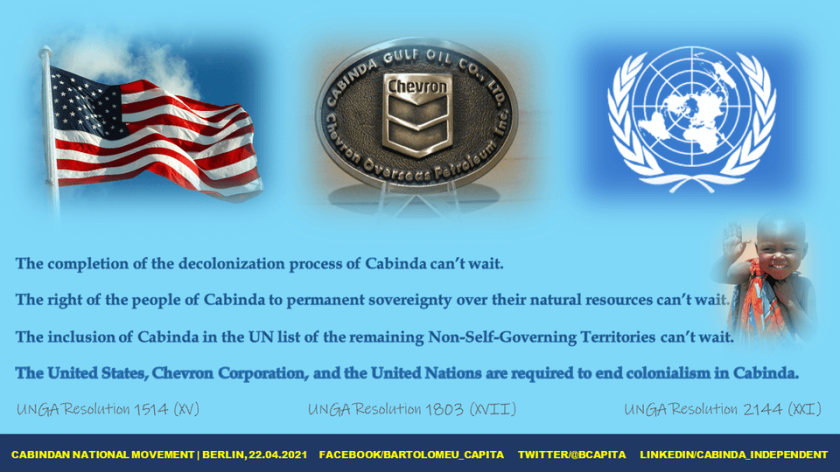 H.E. Mr. Abdulla Shahid, President-elect of the 76th Session of the UNGA

Ambassador and Permanent Representative of Maldives to the UN/NY,

We wholeheartedly congratulate H.E. Mr. Abdulla Shahid, Minister of Foreign Affairs of the Republic of Maldives, on winning the Presidency of the 76th Session of the United Nations General Assembly. That said, we wish him every success and good luck in his new appointment.

We also seize this opportunity to acquaint the President-elect of the 76th Session of the UNGA with the fact that the ongoing colonial conflict between Cabinda and Portugal (replaced by Angola since 1975) is, all things considered, a legal-political problem that falls within the competence of the United Nations, particularly of the General Assembly Fourth Committee, and of the Special Committee on Decolonization, aka the C-24. http://bitly.ws/fGDr

As the UNGA Resolution 2144 (XXI) of 26 October 1966 and further relevant resolutions substantiate, the UN System has consistently issued statements supportive of or consistent with the Cabinda people’s right to self-determination and independence, in pursuance of the provisions of the UNGA Resolution 1514 (XV) of 14 December 1960. In spite of that, and even though said dispute is of the nature referred to in Article 34 of the Charter of the United Nations, the oil-rich Cabinda is still denied the right to appear in the UN list of the remaining Non-Self-Governing Territories.

Hence, we are exhorting the President-elect of the 76th Session of the UNGA to make every possible effort, together with the Secretary-General of the United Nations, H.E. Mr. António Guterres, so that Cabinda is immediately included in the UN list at issue, and its decolonization process is ultimately brought to a successful completion. It is a matter of urgency, of reparatory justice, inasmuch as colonialism, in all its forms and manifestations, is a racial war to secure the idea of white supremacy, and its protraction in Cabinda is a crusade against the UN ideal of universal peace that entails not only crimes of genocide, but also other crimes against Humanity. http://bitly.ws/fdPe

In the name of the people and nation of Cabinda, object of political repression, economic exploitation, and social degradation, we thank you in advance for devotedly contributing to the preservation of peace and the strengthening of international security, in accordance with the purposes and principles of the Charter of the United Nations.

THE VOICE OF OPRESSED 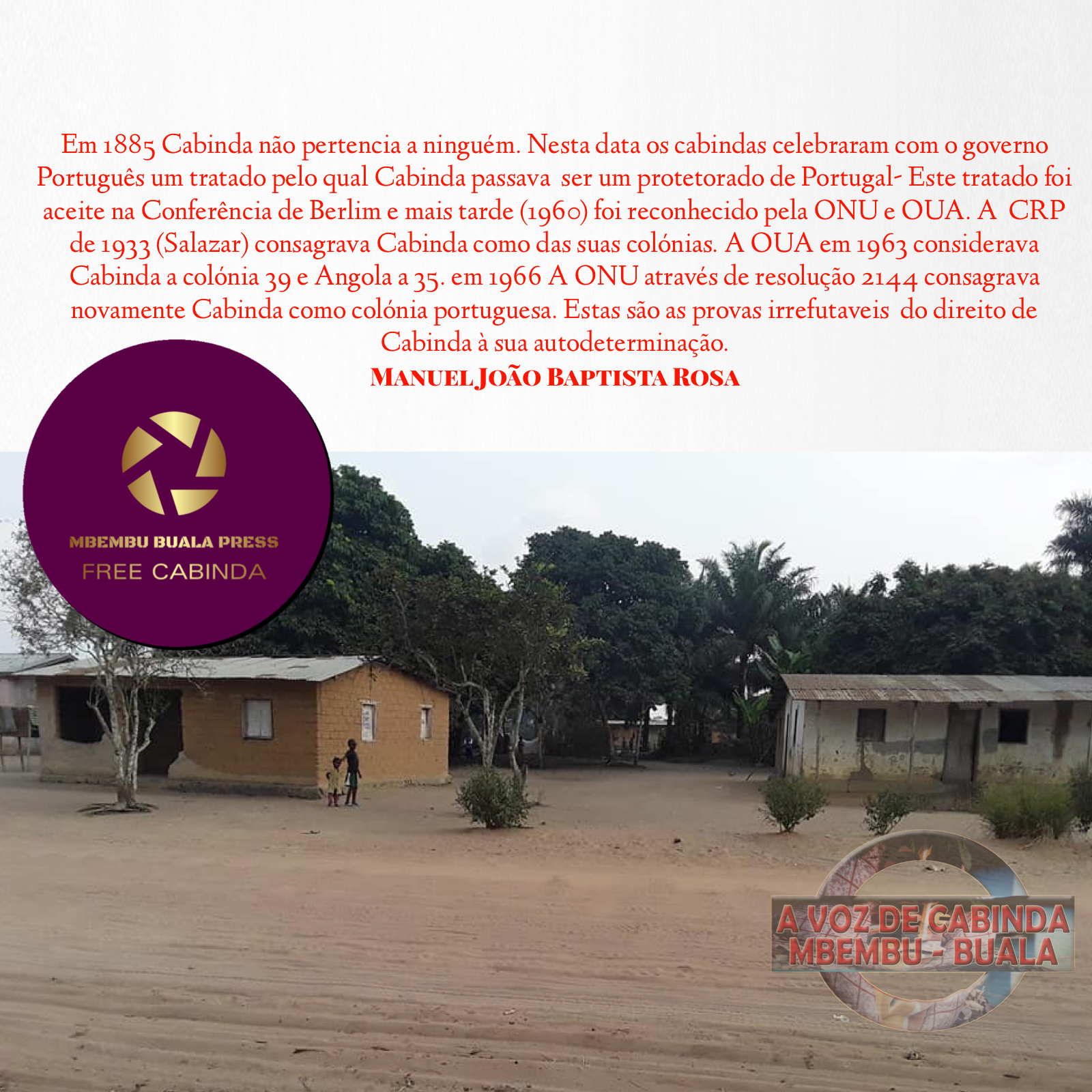